The Coming of Arthur - Part 2

Will Arthur be able to save Camelot from the evil Morgana? Morgana, newly crowned as Queen of Camelot, begins a reign of terrible evil over the innocent citizens of the kingdom. Counting on Morgause and her immortal army at her command all hope seems lost for Uther, who is forced to witness how his kingdom crumble under the unimaginable cruelty of his own daughter. Meanwhile, on the outskirts of Camelot, Arthur recovers his strength and plans a counter attack with the help of a few loyals at his side: Gwaine, Lancelot, Elyan and Percival. However, Merlin is aware that not even a skilful warrior like Arthur can defeat an immortal foe without magic. Will he be able to reclaim the great sword Excalibur from the Lake of Avalon in time to save the lives of those he cares the most about? 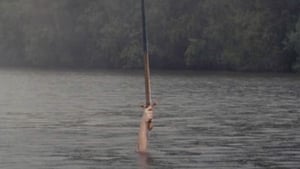 To download any series, click on the series, then select INFO tab and scroll down, you'll find download links. Our mobile application allows you stream and download all old and latest Tvseries and movies for free, get it now.NODOWNLOAD
‹ › ×